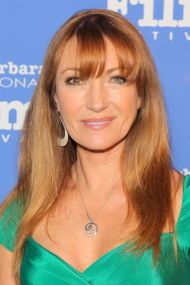 Benedict Cumberbatch, David Bowie, Henry Cavill, Jane Seymour and Mila Kunis are renowned for their artistic talent. They are also famous for their particular look which eminates from a condition called Heterochromia which can be complete, partial or central.

As already mentioned, most cases of heterochromia are benign. An infant can be born with benign heterochromia, or it can become apparent in early childhood as the iris attains its full amount of melanin. These types are called congenital heterochromia.

Usually, congenital heterochromia is a genetic trait that is inherited. Benign heterochromia also can occur as the result of a genetic mutation during embryonic development.

In some cases, heterochromia is a symptom of another condition that’s present at birth or develops shortly thereafter.

One example of a condition that causes heterochromia is Horner’s syndrome. This is the combination of a constricted pupil, partial ptosis and loss of the ability to sweat on half of the face, all caused by an interruption of certain nerve impulses to the eye.

Latisse, a repurposed glaucoma medication now used primarily as a cosmetic agent to thicken eyelashes, also can cause the iris to change color.